The People and Birds on the Bank Notes of NZ – Why Are They Famous and Celebrated in New Zealand? An Explanation for International Students

We also cover most of these people in our 10 Unforgettable Moments in Recent Kiwi History that International Students Should Know blog, but here we go into greater depth as to why they were chosen to appear on the bank notes. 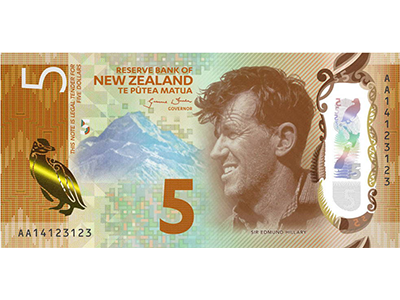 $5 Note – Sir Edmund Hillary
A Kiwi legend, he was the first to climb the highest mountain in the world alongside his Nepalese Sherpa and friend Tenzing Norgay. Ever since his ascent of Mount Everest in 1953 and despite his death in January 2008, his face is still one of the most recognisable in Kiwi history. ‘Ed’s’ face now proudly adorns the New Zealand $5 note and has since 1992. At the time of its issue, he was one of a few non-heads of state and living people to be depicted on banknotes. 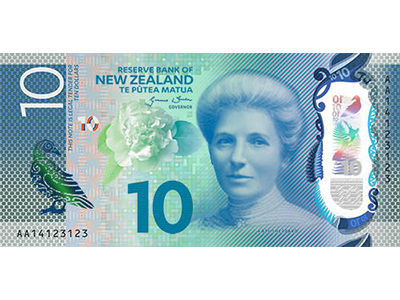 $10 Note – Kate Sheppard
A truly monumental figure in New Zealand’s history, Kate Sheppard was a suffragist, social reformer and writer who completely transformed politics in New Zealand and influenced the world. Her work as part of the New Zealand Woman’s Christian Temperance Union (WCTU) saw her write letters to the press, engage in public debate and distribute pamphlets to members of Parliament all the while being motivated by humanitarian principles and a strong sense of fairness and justice. Her defining moment was when she led the WCTU and its auxiliaries in presenting a bill to Parliament in 1893, which argued the right for women to vote. The petition was signed by 32,000 people. The Electoral Act 1893 was passed on 19 September and Kate received a telegram from the premier, conceding victory to the women. As a result of her tireless efforts, New Zealand was the first nation in the world to give women the right to vote. Her portrait is a fitting addition to the New Zealand $10 bill. 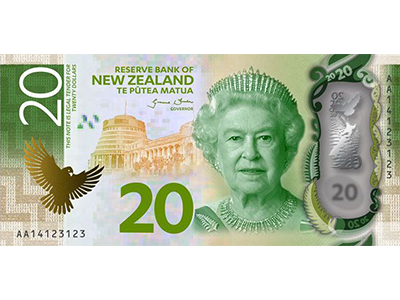 $20 Note – Queen Elizabeth II
With her face on the ‘heads’ side of all New Zealand coins, the Queen also features on the $20 Banknote as well. As New Zealand is a Commonwealth nation and constitutional monarchy, the Queen of England is also our Queen. She has reigned from the 6th of February 1952 until the present day and has been part of our currency for over 50 years (since 1967 and the Third issue of the currency). 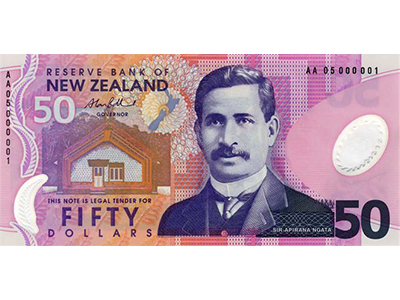 $50 Note - Sir Āpirana Turupa Ngata
Āpirana Ngata of Ngāti Porou was born at Te Araroa on the East Coast. He was the first Māori person to receive a University degree. Known for his work in Parliament and his tireless championing and protection of Māori culture and language. He strengthened Māori communities and worked in Parliament from 1905 to 1943. Sir Āpirania Turupa Ngata stands tall on New Zealand’s $50 note. 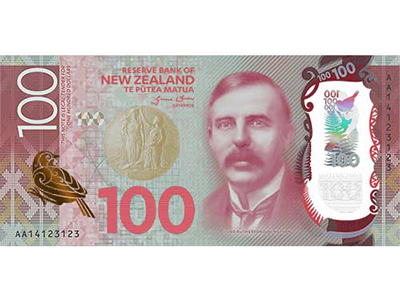 $100 Note – Sir Ernest Rutherford
Awarded the Nobel Prize for Chemistry in 1908 due to his work on the disintegration of elements, Rutherford remains an enduring part of scientific history and a true Kiwi icon. He is worthy of a place on New Zealand’s highest value bill. 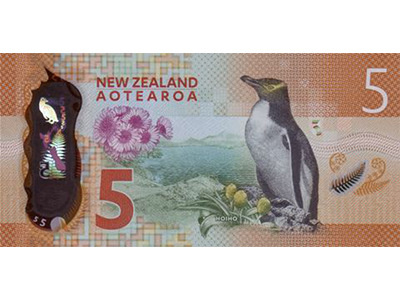 $5 Note – Hoiho
The yellow-eyed penguin is the largest of New Zealand’s penguins that breed on the mainland. Unique to New Zealand, these penguins are one of the world’s rarest penguin species. The Māori name for the penguin means ‘noise shouter’, which references their shrill call made at their breeding sites. They are piscivorous (eat mainly fish) and spend a large amount of their time in water and on islands around the bottom of the South Island. They are a fitting addition to the other side of the New Zealand $5 bill. 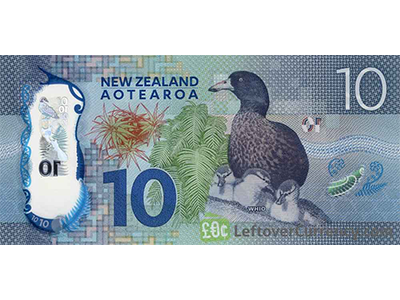 $10 Note – Whio
Highly endangered, this iconic and distinctive bird is found in clean and fast-flowing rivers in both the North and South Islands. Once widespread, predation and habitat loss has forced this duck into the high-altitude areas of the North and South Island mountain regions, which is where they can be found in the present day. They feed on macroinvertebrate larvae from insects and cannot survive in waterways that are polluted. The so-called ‘blue duck’ is considered a taonga (treasured) species by Māori and deserves its place on the New Zealand Reserve Bank’s blue banknote.

$20 Note – Kārearea
Known as ‘the New Zealand falcon’, these birds have long pointed wings and a long tail. Capable of reaching speeds of over 100 km/h and mottled in colour, these are distinctive and spectacular birds. They have three ecological forms; Bush, Eastern and Southern. Their main hunting target is other birds, including chickens much larger than themselves. Their endemic status and instant recognisability see them placed on the $20 bill. 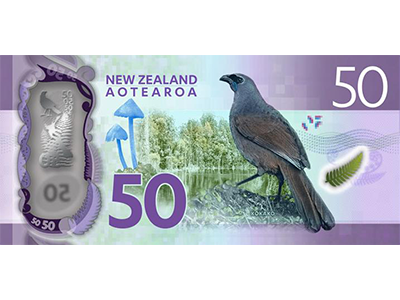 $50 Note - Kōkako
This heavily endangered bird is thought to have gone extinct in the South Island, however there are recovery plans in place throughout the North Island to ensure that these unique and distinct birds are protected. Easily recognisable due to its distinct blue wattle (neck) and striking black mask (eyes), the song of the Kōkako is haunting. A unique bird sitting proudly on the $50 note. 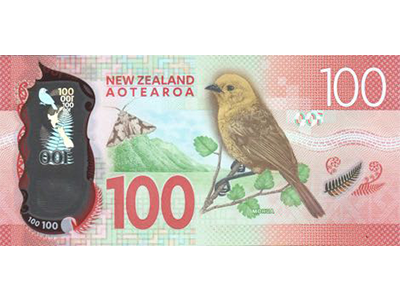 $100 Note – Mohua
The tiny endemic yellowhead can only be found in the forests of New Zealand’s South Island and Stewart Island. Due to habitat changes, predation and competition for the insects that they survive on, there are thought to be less than 5,000 of these striking creatures left. This is another bird on the at-risk and recovery list. A small bird on the largest value NZ banknote.


Who are iStudent Complaints and what can we help you with?
iStudent Complaints is an independent dispute resolution scheme established by the New Zealand Government. Our objective is to encourage swift settlement of contractual and financial disputes between international students and their providers in New Zealand. As an independent and impartial service, we are not affiliated with any Education providers.